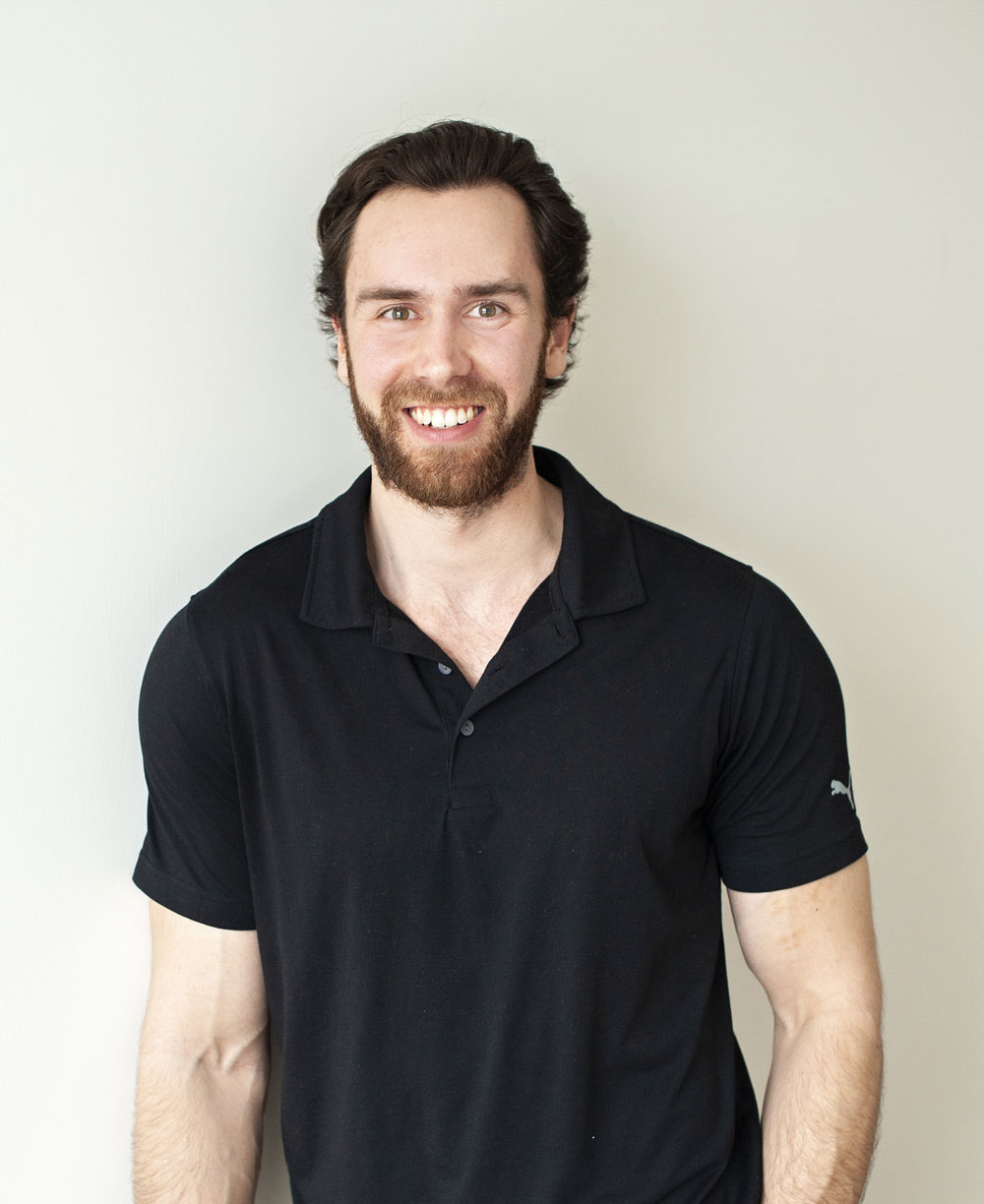 John earned his Honours in Kinesiology degree from Brock University in 2015. He then went on to complete a Graduate certificate in Exercise Science for Health and Performance from Niagara College in 2017. Upon completing this course he became a Certified Exercise Physiologist with the Canadian Society for Exercise Physiologists (CSEP-CEP). John spent some time working as a Personal Trainer where he worked with young athletes and did in-home exercises with seniors.

During a treatment from John you can expect a mix of relaxing rhythmic, Swedish, and fascial techniques with deep tissue, and trigger point release techniques. John also likes to incorporate exercise into his treatment plans in order to get you back to doing the things you love.

In his spare time you can find John hiking with his dog, mountain biking and playing hockey.